as the funeral proceeds,

dead is their queen,

She was loved by her people ,

about the fight within her,

Since she was a girl they were hurting her,

it was hard to understand,

cause they always came and went,

Through her royal glory ,

She hid the gunshot on her arm,

Told them all that she had been shot.

Many a man chased after her,

but she would not allow them in,

Every night she prayed to God,

for help to make it through another day,

As daily the depression got worse,

and a year after her coronation,

yet it got out of her control one night,

In a crazy depression episode,

she went to her room,

and as the music played ,

and the guests in the ball room,

Nobody noticed her presence was gone.

And with that she pulled a revolver from her dresser drawer,

with tears in her eyes and no hope left,

She pulled the trigger and was dead,

Amy was finally at peace ,

And even after her suicide nobody understood,

Cause of the ignorance that haunts this world.
Posted by Evan White at 3:02 PM 8 comments:

Life changes and so do I I guess. College is about to start and It is exciting, yet I am going to miss those I left behind.

I hold what I have learned in my heart even when it hurts. Cause it can hurt at times.

However, in this Brave New World I am entering, New challenges await.

Just like a 10k trail there are curves on the way to the finish line, yet each one makes me stronger.

I thank God for all he has given me and the strength eh has provided me all these years.

So while the pain may be there I will keep ahead just like I do at every race.

Through the pain I've learned so much,

It stung and it burnt but the lessons won't be forget,

Those who came and those who left ,

And my past and what I am ,

Through the burns I've felt the emotion,

That nobody should have to feel,

The Invisable scars are bleeding,

But nobody can see,

Only Jesus knows what I am going thru,

And how I feel so much pain,

The lessons I've learned through it...... 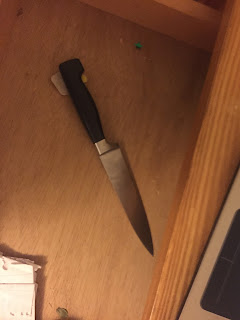 Well, I will start this post off by saying it was inspired partly by the Third Day song Cry Out To

Jesus. As most of y'all who follow me know, I have Autism and Bipolar Disorder. Recently it has

depression. Throughout all this, I have learned that at the end of the day, Jesus is there for you always

and that's why as Christians, in distress we should Cry Out To Jesus. He can help if you let Him. ...

There is hope for the helpless
Rest for the weary
Love for the broken heart
There is grace and forgiveness
Mercy and healing
He'll meet you wherever you are
Cry out to Jesus, Cry out to Jesus
- Third Day

Was it really worth it? ( short story in the works.)

Whats your favorite kind of kiss?

What is the best kind of ice cream.